There’s an easy way to make a veteran smile: take them for a ride in a WWII-era biplane.

For the second year in a row, Veterans United Home Loans held a Fly Into the ’40s event on Saturday at Jefferson City Memorial Airport.

But the highlight of the event, and the reason it’s been held for the past two years, is the opportunity for veterans to receive free flights in Stearman biplanes. Boeing Company in Wichita, Kansas, built the planes, which were used for pilot training during World War II.

And unlike last year’s event, which was limited to WWII veterans (as part of Operation September Freedom), this year’s event was open to all veterans.

Operation September Freedom was an effort to provide approximately 1,000 World War II veterans with dream flights in August and September.

The first of Saturday’s Dream Flights went to David Bonnot of Jefferson City. Bonnot said he served in the United States Navy from 1955 to 1958, which he called a “quiet period”. The United States was then not involved in any fighting, he said.

“The flight was fantastic. I never thought I could ride or fly in a Stearman,” Bonnot said. “It was a dream come true. Looks like I enjoyed every minute, but I enjoyed every second.”

The 85-year-old was in the air for about 20 minutes. He said his flight went east past state prisons, then came back and went a bit west of the capital.

“It was fantastic. I wish I could have stayed up even longer,” Bonnot said. “It was beautiful. I would go back if they asked me – in a minute.”

The 2021 event was an incredible success, according to Chad Moller, communications specialist at Veterans United Home Loans. For 2022, organizers hoped to make the event bigger and better. It remained free to the public. Veterans United has partnered with the National Guard and others to offer more unique machines and planes for the public to walk around and view.

Darryl Fisher, President and Founder of Dream Flights, said Dream Flights flies across the country in honor of veterans who have given so much to us.

“We thank them for their service in offering them a flight in one of these biplanes,” Fisher said.

Members of the Veterans United team volunteered on Saturday to help veterans get on and off planes, which made the pilots’ job much easier, he said.

“We took the whole country by storm. Every single one of them signed the tail,” he said. “Now any World War II veteran we fly, we have to sign the tail.”

Russell Boudria of Jefferson City, an Air Force veteran, served from 1964 to 1969. He had been a member of an accident rescue team in the service.

“I’ve flown in just about everything you can imagine, but I’ve never flown in one of them,” Boudria said before boarding a Stearman. “I’ve flown most of my life. So (the open cockpit) doesn’t bother me. I’ve never traveled in a biplane, so it’s very interesting.”

Dexter’s Dennis Wilson smiles as he gets off a Stearman. He explained that his sons, who live in Columbia, invited him to ride and stay with them over the weekend. He later learned that they intended for him to go down to Jefferson City and get into one of the biplanes.

“I didn’t realize this was happening until I got here today,” said Wilson, who served in Italy during the Vietnam War era. “It was fantastic. It was absolutely brilliant. Having the pilot and these other guys doing everything. It was just an absolutely wonderful trip. We went down the river.”

The Capitol looked very different from the sky, he said.

“I’ve seen a lot of places I’ve been on the court,” Wilson added. “It’s a different view from up there.” 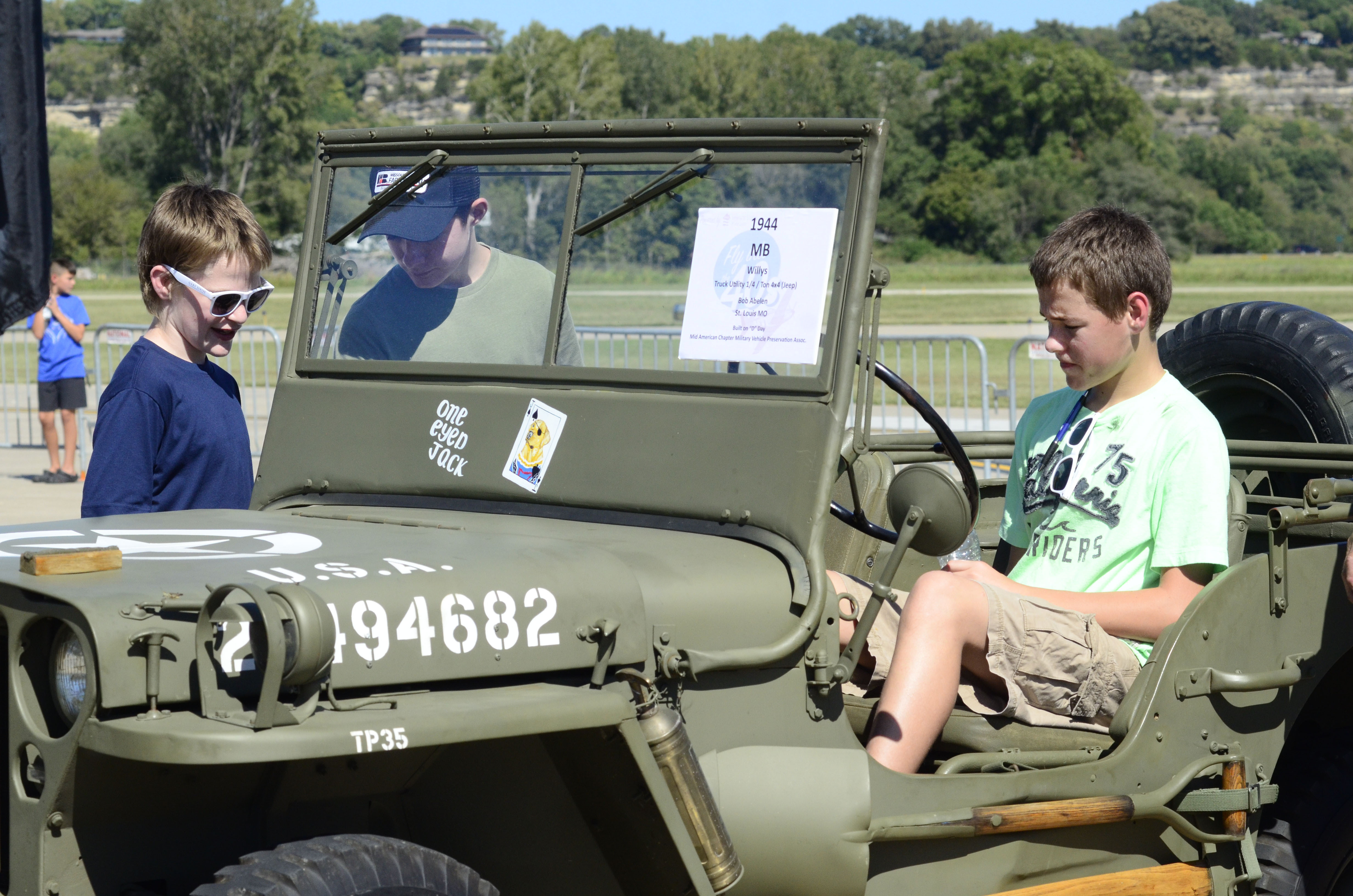 Eileen Wisniowicz/News Tribune Photo: Ben Murray, 12, Steven Primo, 13, and Dalton Timm, 13, check out a vintage military vehicle Saturday, Sept. 24, 2022 at Jefferson City Airport. Bob Ablen owns the vehicle and showed the kids the different parts of it and how it worked. 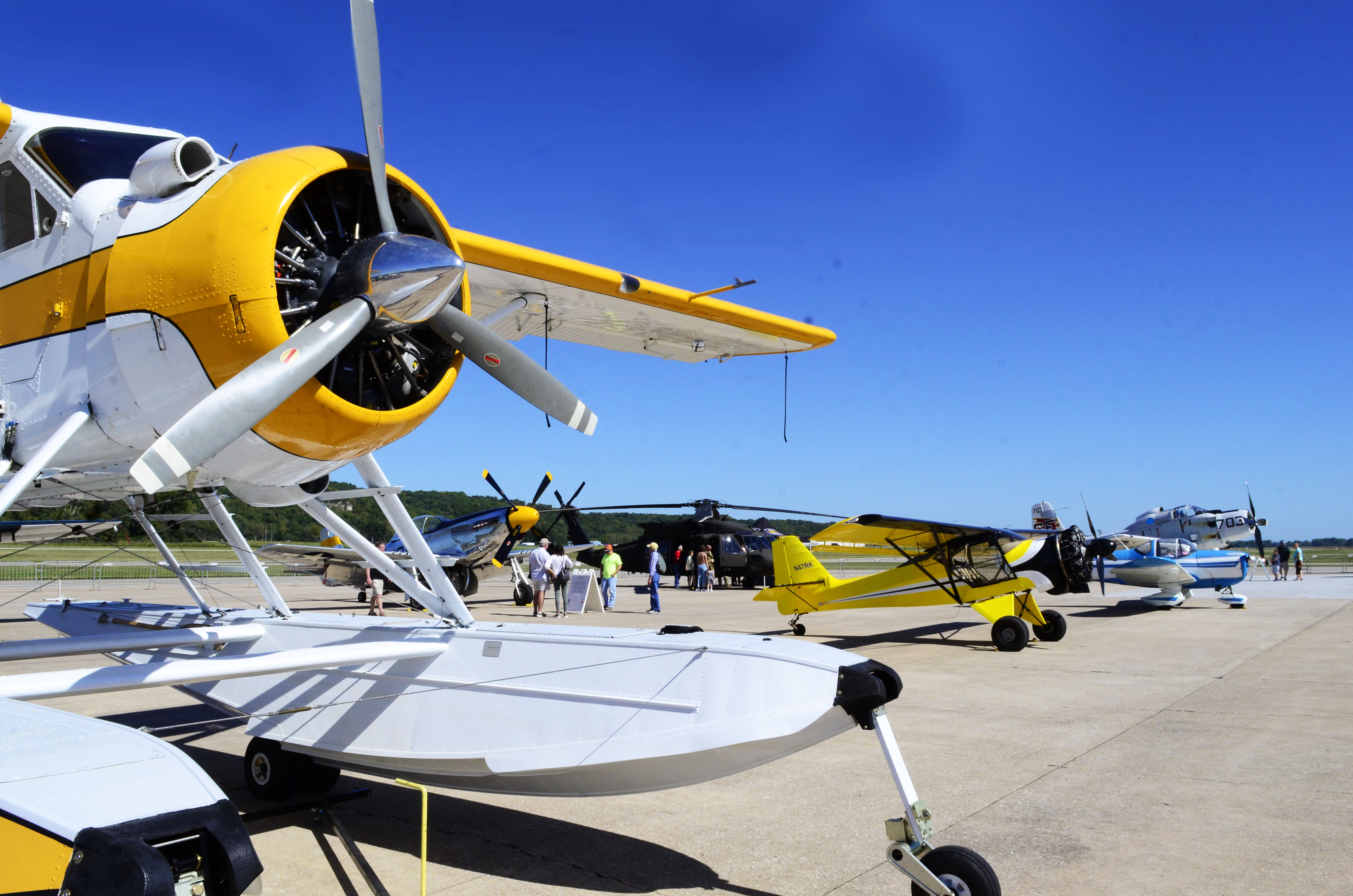 Photo by Eileen Wisniowicz/News Tribune: Vintage planes line up Saturday, September 24, 2022 at Jefferson City Airport. The planes were part of the Fly Into the 40s event organized by Veterans United Home Loans. There were many vintage military aircraft and vehicles. Military veterans and the elderly were also offered rides in some biplanes. 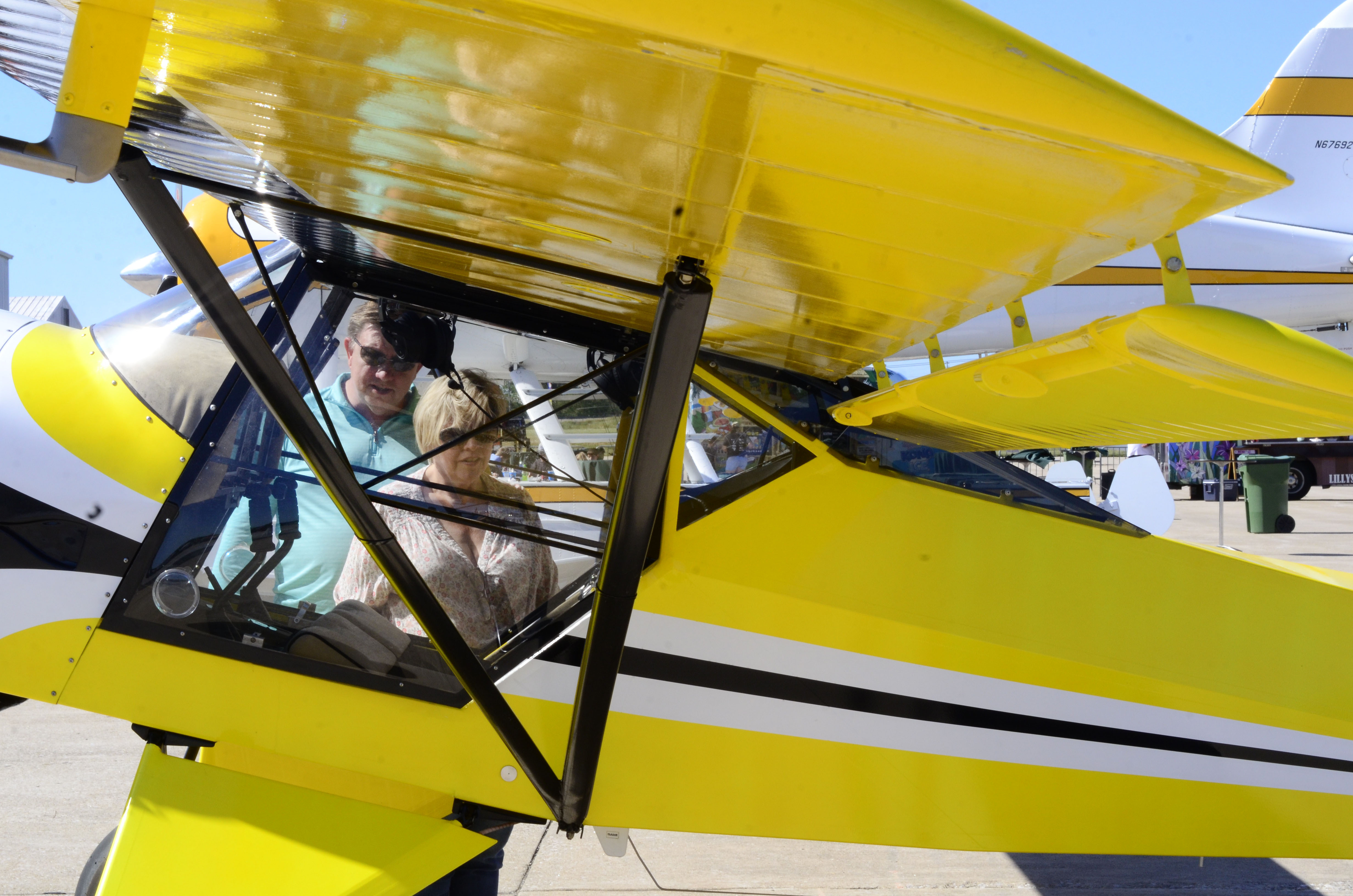 Eileen Wisniowicz/News Tribune Photo: Britt and Candy Smith look at a vintage airplane Saturday, Sept. 24, 2022 at Jefferson City Airport. The Fly Into the 40s event had several vintage planes and military vehicles to look at. 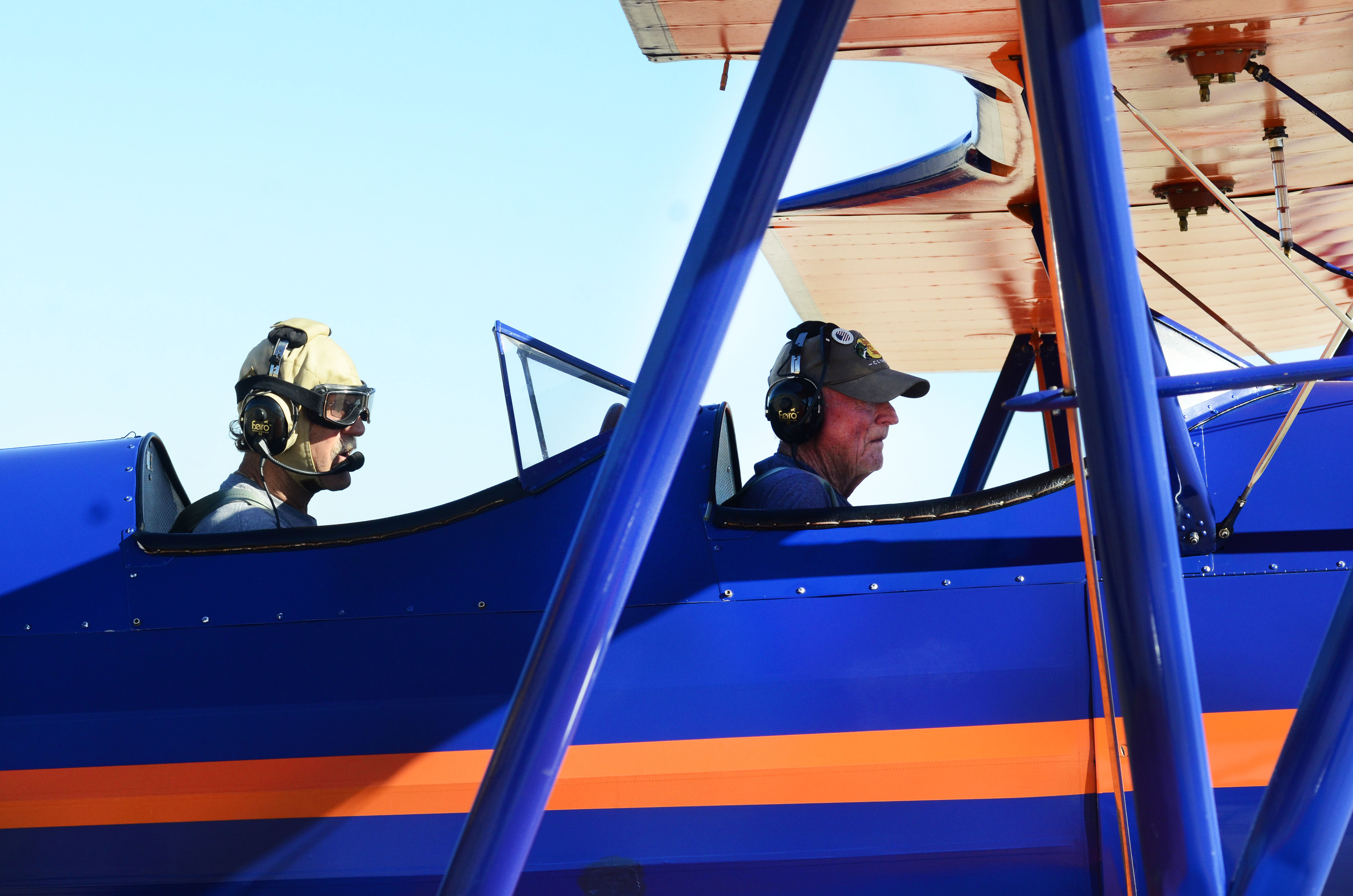 Eileen Wisniowicz/News Tribune Photo: Pilot Gary Zenishek gives veteran Marvin Seifert a ride in his biplane on Saturday, Sept. 24, 2022. After the ride, Seifert said he had never been in a biplane and that it was a wonderful experience. 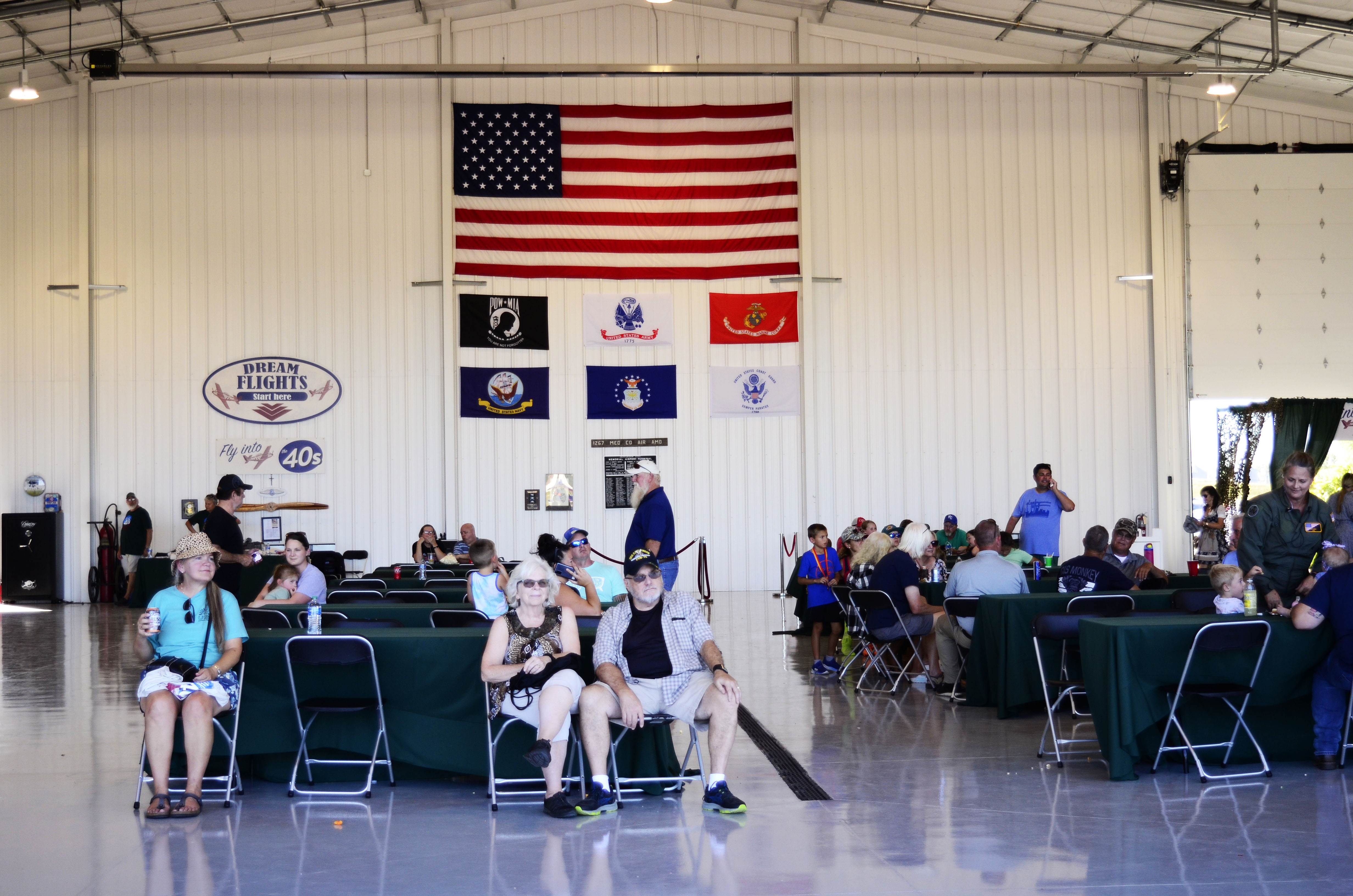 Eileen Wisniowicz/News Tribune Photo: Attendees of the Fly Into the 40s event sit in an airport hangar Saturday, Sept. 24, 2022 at Jefferson City Airport. The event was hosted by Veterans United Home Loans. The Dream Flights organization provided military veterans and senior citizens with a ride in a Boeing Stearman biplane. 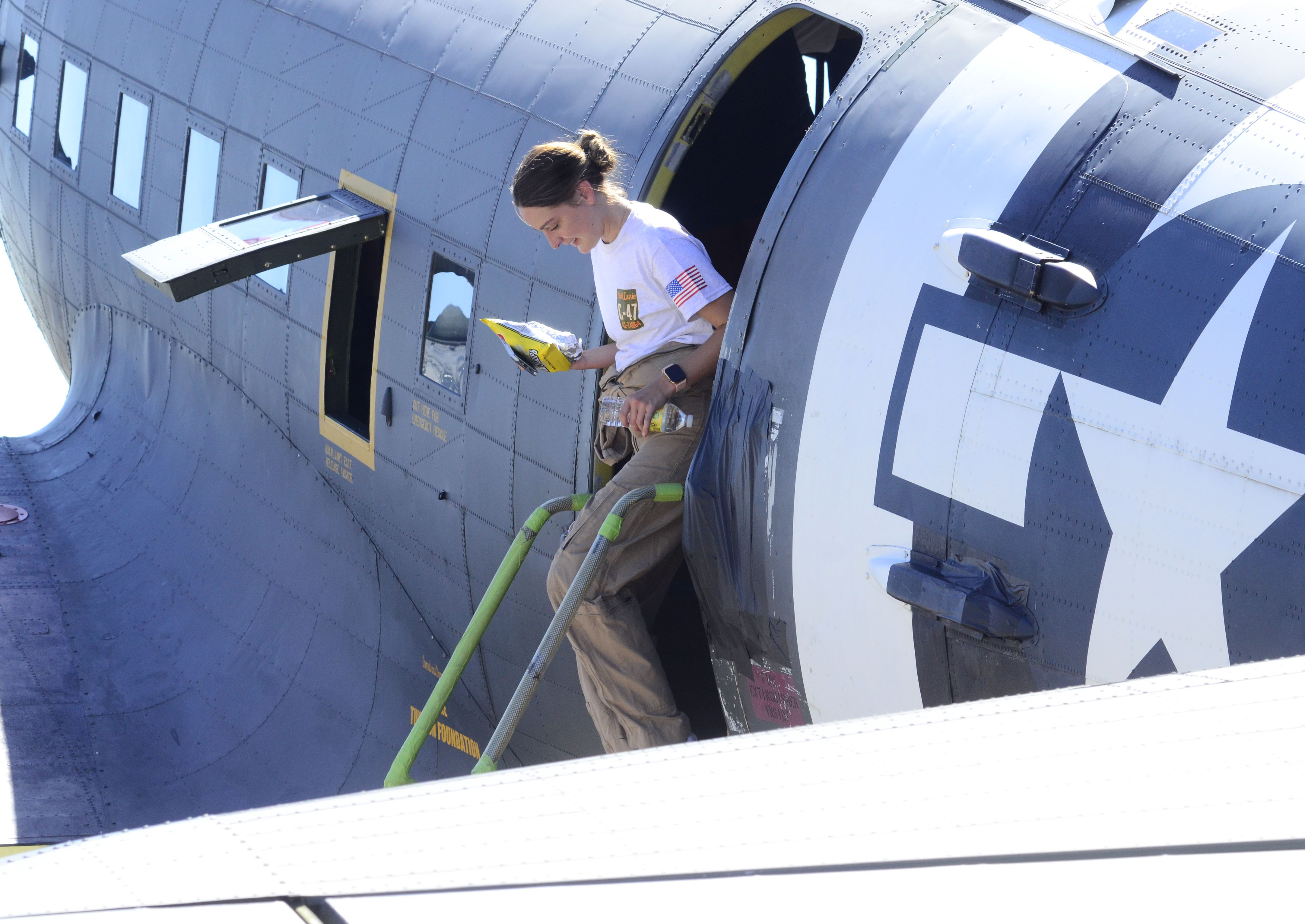 Eileen Wisniowicz/News Tribune Photo: Kat Grones exits a plane Saturday, September 24, 2022 at Jefferson City Airport. Grones’ father is the pilot of the plane, and she is working on getting her second-in-command license to fly with him. 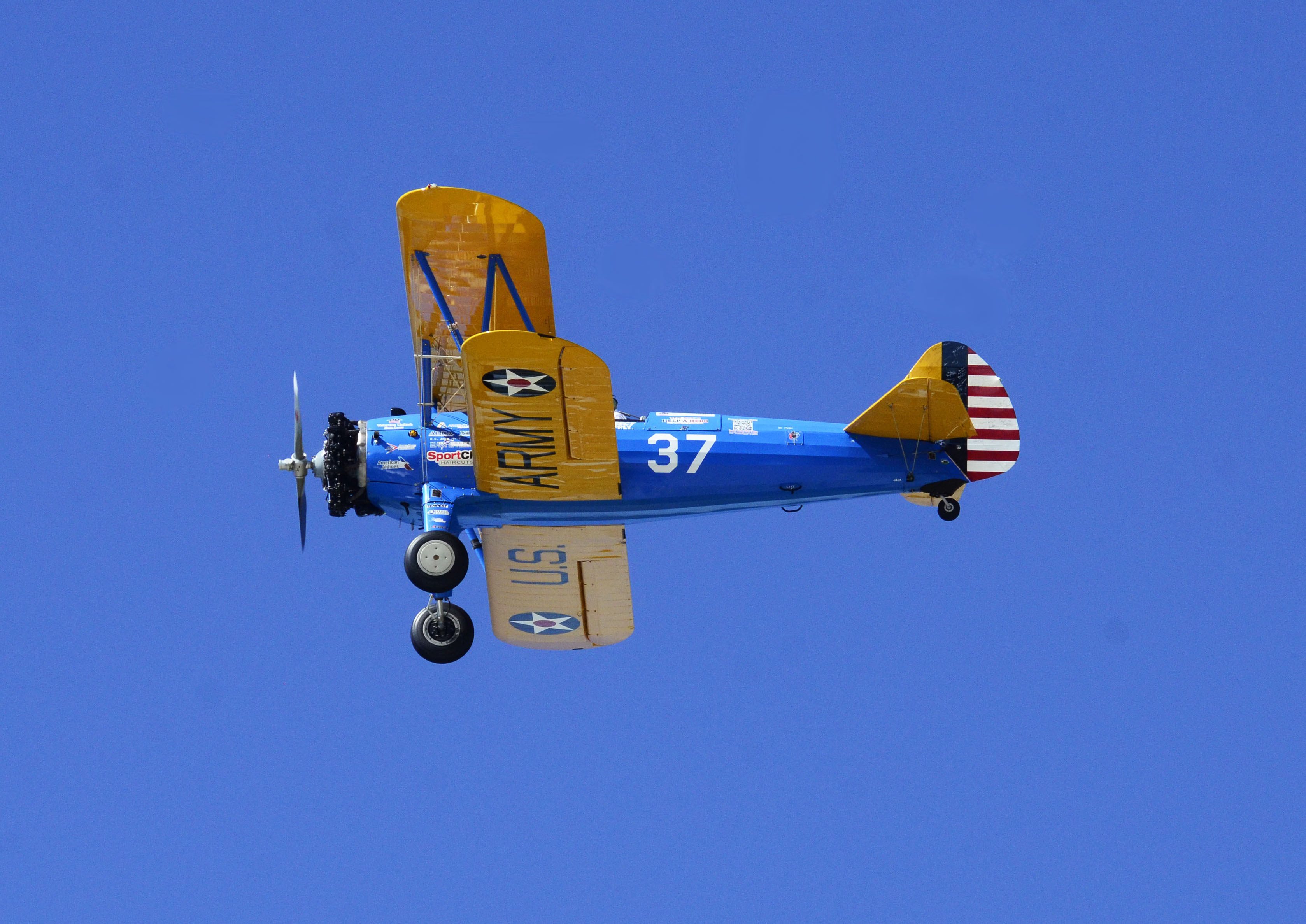 Eileen Wisniowicz/News Tribune Photo: A vintage U.S. Army aircraft flies overhead Saturday, Sept. 24, 2022 at Jefferson City Airport. The plane was one of many vintage planes that were part of the Fly Into the 40s event organized by Veterans United Home Loans.